Mihály Borbély’s newest formation is equally talented in the folk, world, jazz and contemporary music genres. Borbély’s artistry has been recognized by Hungary’s Artisjus, eMeRTON, Knights Cross, Gábor Szabó and Liszt awards, and together with Vujicsics Ensemble, the Kossuth Prize. Cymbalom player Miklós Lukács’s extraordinary diversity and András Dés’s unique percussion have proved to be ideal partners for developing the trio’s special sound. Last fall, their guest, the world-famous Bulgarian kaval player, Theodosii Spassov played a part in the recording of their concert („Polygon“ 2016 – Fonó).
As demanding as chamber music, their improvised music is at times melancholy and thought-provoking, other times it vibrates and rolls with sweeping momentum. Engaging a variety of directions in jazz, characteristics from the folk music heritage of the Carpathian Basin and Balkans, and elements of contemporary music, it can be delicately transluscent or full of powerful rhythms. The unusual group of instruments makes an exceptionally varied and rich, while at the same time unifed world of music. 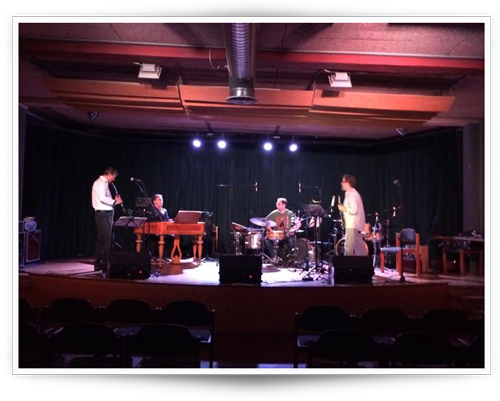 Mihály Borbély
Multireedist Mihály Borbély got his degrees in classical clarinet and jazz saxophone from the Béla Bartók Conservatory and Ferenc Liszt Academy of Music in Hungary and became a real versatile musician working in different musical styles from folk and world music to jazz and contemporary music. In addition to his original instruments he also plays folk instruments like the tárogató, folk flutes, kaval, dvojnice, fujara, ocarina, bombarde and zurna.
He is a member of the famous folk group, the Vujicsics (founded in 1974!) and in addition to this he has participated in several recording sessions and concerts of leading Hungarian and international artists and groups, among others: Paul Bley, Steve Coleman, Trilok Gurtu, Charles Lloyd, Herbie Mann, Michel Montanaro’s Vents d’Est, Zbignew Namislowsky, Jiri Stivin, Saxophone Summit (Michael Brecker – David Liebman – Joe Lovano). He also performed alongside composer-conductor Peter Eötvös and the National Philharmonic Orchestra. In the nineties he formed his own jazz groups, the Quartet B, the Mihály Borbély Quartet  (’Borbély Műhely’) and a duo project with pianist Károly Binder. He has played at major folk, world music and jazz festivals all over Europe as well as in the US, Mexico and Australia. He won several prizes listed below:
– ,,Best Soloist’’ – Karlovy Vary Jazz Festival (1988)
– three eMeRTON prizes (2000, 2004)
– Artisjus Prize (2002)
– „Jazz Album of the Year” –  M. Borbély Quartet „Meselia Hill“ (Gramofon, 2005)
– The „Knight Cross of the Hungarian Republic“ (2005)
– Ferenc Liszt prize (2012)
– „Alto Saxophonist of the Year“ – JazzMa (2013)
– Gábor Szabó Jazz Prize (2014)
– Kossuth Prize, as a member of the Vujicsics band (2014)

Teaching is a very important element of his musical philosophy resulting his associate professor status at the Jazz Department of Ferenc Liszt Academy of music in Budapest where he was the chairman between 1997 and 2000. Among these positions he gave lectures, workshops and master classes in his country and abroad, e.g. Birmingham Conservatory, Royal Academy of Music in London, DISTIL Scotland/England, Conservatoire de Lyon, Dresden University of Music C.M. von Weber and several colleges in the USA and Mexico. 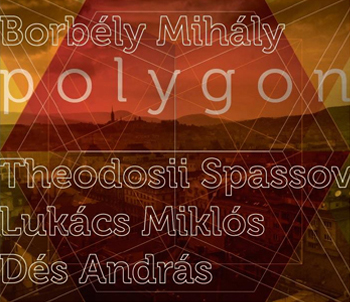